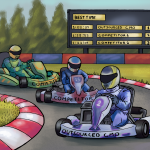 Why outsourcing your CMO will fast-track growth

Over my many years of consulting and partnering with companies in the digital marketing space, I’ve noticed a lot of changes. One change, in recent years, I’ve particularly found interesting: these days, there’s more and more people like me – consultants who come in and work alongside or in-house as marketing lead. Even in large […] 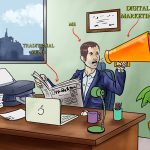 Times, they are a-changin’ … which means you need to change with them. Once upon a time, building your brand meant a radio, TV and print PR campaign (à la Mad Men). Your reach could be in the millions, but then so could the cost. Today’s definition of ‘cost-effective’ does not bode well for the […]

The campaign to raise money for the victims of Hurricane Harvey was one of the most successful campaigns for relief effort ever recorded. What was unusual about this campaign was that it took place almost exclusively on an online platform – Facebook. Using the social media giant’s inbuilt charitable giving tools, which include a donate button, dedicated non-profit pages, and ‘Live Video Fundraisers’, the Facebook community raise over $10m in support.

This would have been impossible a few years ago. Before the rise of social media, and the advent of online crowdfunding, charities would have to resort to old-school methods like TV adverts, posters, and hotline numbers. Digital has made it possible for charities to raise huge amounts of support in unprecedented amounts of time.

Then there’s incredible online success stories. Take Katie Cutler, who bypassed the charity sector entirely in 2015 with her campaign to raise money for disabled pensioner Alan Barnes, who was mugged outside his home. Her page on crowdfunding website GoFundMe raised £329,000 in one week, showing the incredible power the internet can give a single person getting behind a charitable cause.

Online fundraising is growing exponentially. From $2.7 billion in 2012 to $6.1 billion in 2013, to a massive $16.2 billion in 2014 (according to research firm Massolution). Crowdfunding alone was estimated to have raised around $1.3 billion in the US last year.

The time is right, as a charity, to take digital seriously. If you’re ready to take that step, take a look at the pro-bono work I offer here.

WHY CHARITIES SHOULD INVEST IN DIGITAL MARKETING

Of course, most charities don’t have a huge amounts of money. Is this really a problem? Last year, Charity: water raised over $8 million through their online platform last year. They were reported to have spent no more than $9k on marketing.

No, the real problem is that charities simply don’t have a digital strategy.

If campaigns like #icebucketchallenge, #nomakeup, #MannquinCallenge and #ForTheGirl have taught us anything it’s that the right online channels can drive unprecedented support and awareness for relatively little cost. But it takes a mature and structured approach to digital.

Charities prioritising social media, content marketing, better website experiences, mobile apps, mobile based services and digital communication in general are much more likely to succeed. They will be able to distinguish themselves from the growing number of charities appearing every day online, in what is becoming a confusing haze of good causes asking for support.

So what can charities be doing to ensure this?

DIGITAL FOR CHARITIES: WHAT YOU NEED TO BE DOING

First things first. Most charities are running static websites directly coded from html. Once upon a time this was the cheap and easy option. However, to stand out in the modern digital landscape you need to think about who’s going to be using it. Who’s going to uploading and changing content – and what if they leave? Your website needs to be easy to use for your employees. WordPress is a good option because it allows you to scale. Functionality can be added and built out in the future. It is also one of the most widely supported and compatible platforms. With a bit of training, anyone can use it.

Digital natives have short attention spans. And on most websites, the ‘average time spent on page’ is below 1 minute. If you are not clear on your proposition, your message and what specifically you want to achieve with your website (Awareness? Donations? Sign-ups?) your visitors will leave as soon as they’ve got there.

Another good piece of advice: don’t use stock photos. Get real photos that really align to your cause. Try to be evocative. Photos of human faces can be extremely powerful and moving.

HAVE AN SEO STRATEGY

SEO (Search Engine Optimisation) is your key to being seen. There are 183,230 charities registered in the UK today according to the Charity Commission. If people do a Google search for “How can I help people in my area?” the only thing that will make them see your charity’s name is good SEO.

Any kind of SEO strategy will revolve around your keywords. Start thinking hard about, and researching, the words and phrases that people will be using to find you. Your current website may even have some data (Google Analytics) that will show how your traffic is reaching you. By targeting those keywords you will get more traffic, and with the right digital strategy, begin to climb up the SERPs (Search Engine Results Pages).

More people finding you online means more donations, more awareness, better reputation. The easier you are to find online the more confidence people will have in you. They will perceive you to be established and respected. For example, Google “charity for children” and you will see UNICEF, Save the Children, Bernado’s and The Children’s Society on the first page of results. This is because they have excellent SEO and a clear keyword strategy related to their cause.

Alongside SEO, the best way to grow your reputation and reach online is through paid promotion. This is not as expensive as it sounds – in fact, it is highly cost effective. PPC (Pay-per-click) allows you to target specific audiences and appear in front of people who are searching using your keywords i.e. they are interested in what you do. It can help you reach thousands of people around the country or even the world.

You will have to define what your adverts look like, so a good place to start is by looking at other charities’ ad copy and understanding how they are reaching their audiences. Have a look at their ‘call to action’ – the words which encourage you to click on the ad. By getting an idea of the keywords they are regularly bidding on you can learn from their experience.

GET INVOLVED WITH SOCIAL MEDIA

There is no better way to raise awareness and get people involved in your cause than Social Media. Social is not just a channel – it is education, news, conversation, discussion, entertainment, information – knowing how to use it in the best possible way takes experience. It takes time and a strategy, to properly market your charity through social media, but the rewards are immense: good ideas can go viral and generate millions.

John Thomson, a corporate fundraiser from Hertfordshire in the UK, came up with the idea of #FirstFiver – a hashtag that inspired people to give their first new British five-pound note, brought into circulation last year, to charity. It rapidly went viral, and by the end of the year, around £12.5m had been given in donations, according to the Charities Aid Foundation (CAF). CAF’s own campaign, #givingtuesday set a Guinness World Record in 2014 for the most money raised for charity in 24 hours – $48.5 million.

But where to start? Social is all about content and sparking people’s interest. Once they’re interested you draw them into the story. It’s also a great place to encourage people to share their own experiences. The more personal you can make your Social Media content, the more authentic you will come across as a brand. For a charity, this generates trust and respect. Here’s an idea of what you should be doing on each Social Media platform:

If Social Media is your ticket to growing your audience, then Mobile is the way to get their donations to you. Text message campaigns are fundraising miracles. They allow almost any mobile user to instantly turn his or her support into a donation. How does it work? First you need to have phone numbers – that should be part of your digital strategy. Maybe you do that through partnerships…

Back in March, US-based ride-sharing mobile app Lyft introduced ‘Round Up and Donate’ – a system that allows you to opt to ‘round up’ your fare to the nearest dollar and donate that extra to a variety of charities. Within 3 months of launching, over 100,000 rider members opted in to participate, and raised $315,000.

The British Red Cross has a First Aid app which shows people how to deliver CPR and US Charity Breakthrough Breast Cancer’s Breast Check Now app helps women catch early stages of breast cancer. Other charities are using apps specifically for donations: an initiative of the United Nations World Food Programme, ShareTheMeal has facilitated 17 million donations since its launch in 2014. It allows you to donate as little as $0.50 with a single tap, to provide a meal for a child in a WFP specific programme and track progress.

To gain access to Facebook’s ‘fundraising tools’, which include the ‘donate now’ button, you need to be a registered charity and submit certain financial details for verification. They charge a small percentage on every donation, most of which goes to fraud protection, vetting and operational costs. The rest goes towards processing. Find out more here.

Google offer a whole suite of options which are free for eligible charities. This includes the YouTube ImpactLab, whose mission is “…to harness YouTube’s scale, technology and talent to ignite and sustain movements that drive measurable social change.” Charities can also receive up to $10,000 (about £7500) of PPC advertising per month on Google AdWords with Google Grants.

MailChimp offers a 15% discount for non-profits and charities and they’re not too strict about it – as long as it’s obvious from your website.

SurveyGizmo, one of the leading digital survey and questionnaire platforms on the internet offer a 25% discount for charities.

With such a wide range of free services out there for charities and with the growing number of digital platforms that can be used to facilitate both donations and cause awareness, it is vital that charities educate themselves in digital. The world of charity donations has changed considerably over the last decade, and the figures coming from reports on digital charity campaigns show that this growth continues to be exponential. Charities that stick to the older methods that have worked for decades prior, face an uphill struggle as they try to compete with younger, dynamic models embracing the Web. However, by adopting a digital strategy and focusing on educating themselves in new technologies as they appear, charities which are open to change are most likely to succeed.

From time to time, if the parameters are suitable, I offer assistance to charities in the form of free/pro-bono work. For more information, please click here. 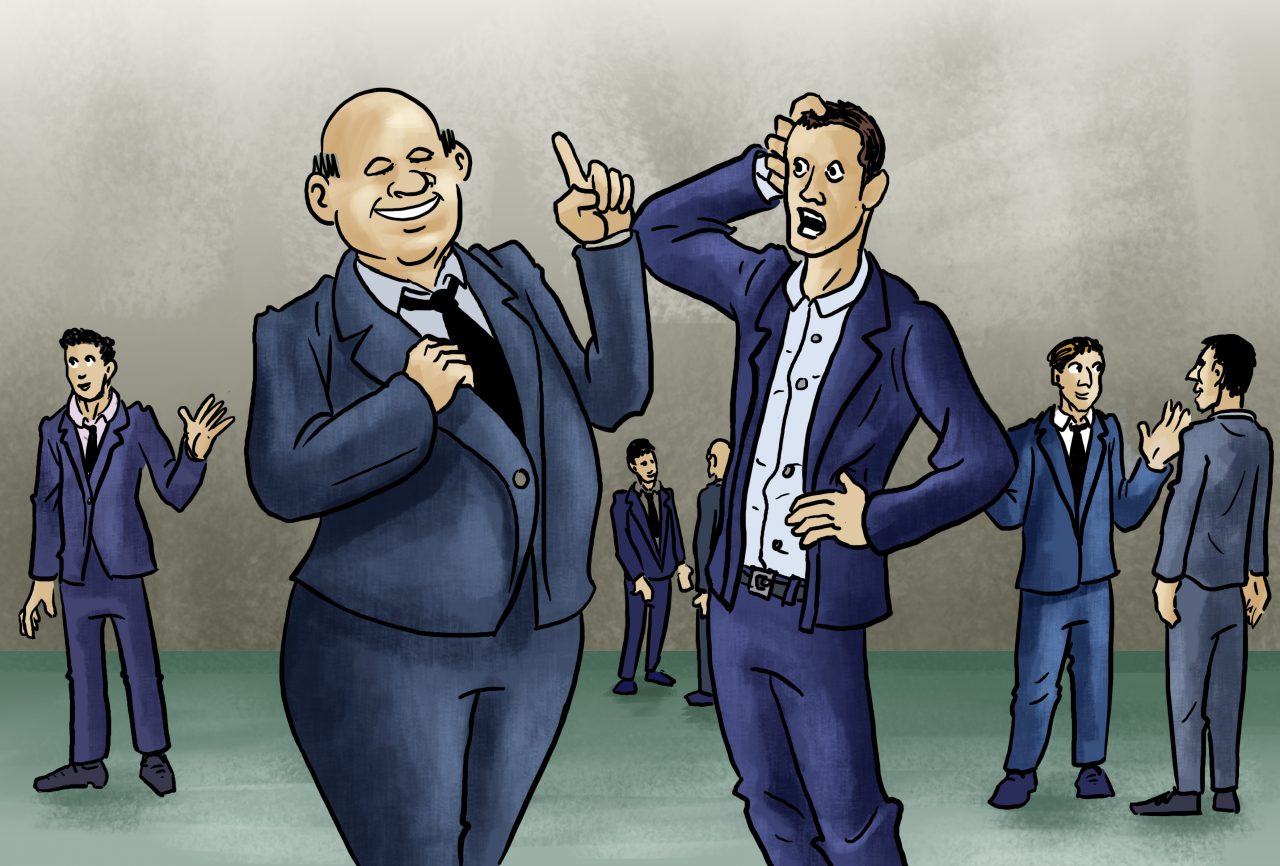 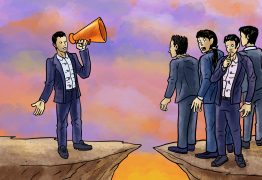 The Digital Talent Gap: what it means for your agency (and how to leap over it)

Why outsourcing your CMO will fast-track growth 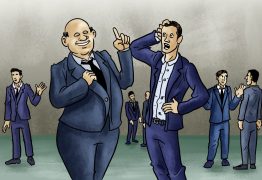 Do you want more revenue?

Hey, I’m Bogdan – I want to make your interactions count, your data meaningful, and your profit increase.

If you want help with the marketing strategies I blog about and use on Stevanovic, then let’s talk.

Get smart. Get digital. Get better.